#browns they just called baker a f*****g midget on espn cleveland when they thought the mics were off pic.twitter.com/iSh3scQRCt

HAHAHAHAHAHHAHHA. God I love this. Cleveland Brown fans and Cleveland Browns twitter is going crazy right now. Everyone was saying this was LIVE ON THE AIR and that someone who called Baker Mayfield a F*cking Midget… no other than Tony Grossi of ESPN Grossi. Do you remember him?

Everything is just fine in Cleveland.

Why do you ask? pic.twitter.com/Z6jroJbS5Y 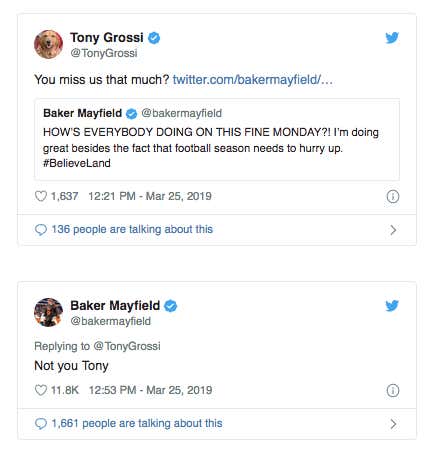