Source – A UK-based musician proved that classical music stimulates the mind in more ways than one after playing the violin in the middle of a brain tumor operation, as seen in a new video.

The 20-second clip shows the Isle Of Wight’s Dagmar Turner, 53, impressively performing complex scales on her instrument while surgeons monitor her exposed brain. The unorthodox procedure was carried out at King’s College Hospital in South London, reports the Independent.

The musical interlude wasn’t meant to serenade the surgeons — the team wanted to ensure that the parts of Turner’s brain responsible for fine movement weren’t inadvertently damaged during the complicated procedure.

The surgeons spent two hours meticulously mapping out her brain to identify the parts activated by playing. It was Turner herself who suggested playing the instrument during surgery, reports ITV.

During the operation, surgeons opened the top of the anesthetized musician’s skull, before waking her to perform the mid-surgery sonata, all while monitoring her brain. Turner recounts how the surgeons handed her the violin and said “Play loud now” immediately after she regained consciousness.

Thankfully, the operation was a success.

This is absolutely mesmerizing and weird. I haven’t seen a story as weird this in a long time. I am a bit confused on how this works and in a way this is super creepy. But the human mind works in such weird and mysterious ways. It’s an absolute eerie video to watch. There’s a zero percent chance I want to be awake at any point during a brain surgery. But I guess she’s ok with it. Thank god the operation was a success and get well soon Dagmar. 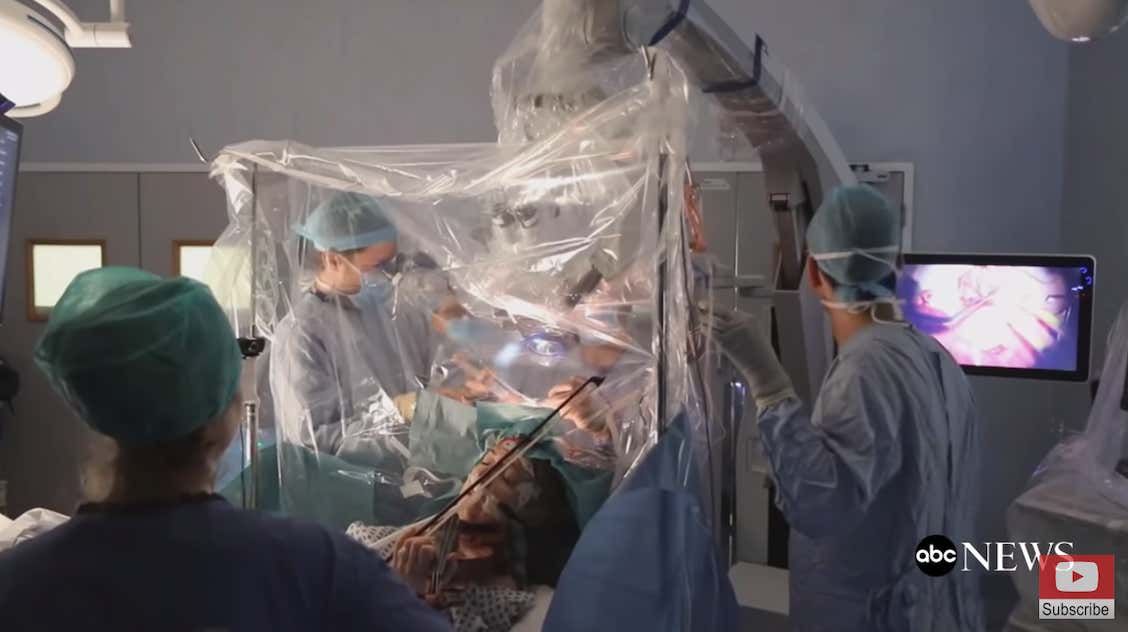