A chant of "Jeff Capel sit with us" is met with an irate Coach K yelling for his fans to "Shut up." He then comes over to the student section after the half to tell the fans "He's one of us!"

Yikes Coach K, take it easy buddy. A bit of research online tells me this is a common chant by the Crazies. But I guess when it’s one of Coach K’s guys you can’t do that or he’ll freak out. But this is surprising from Coach K. Usually his demeanor especially towards his own fans is much calmer than this. The best is the reaction from The Cameron Crazies. 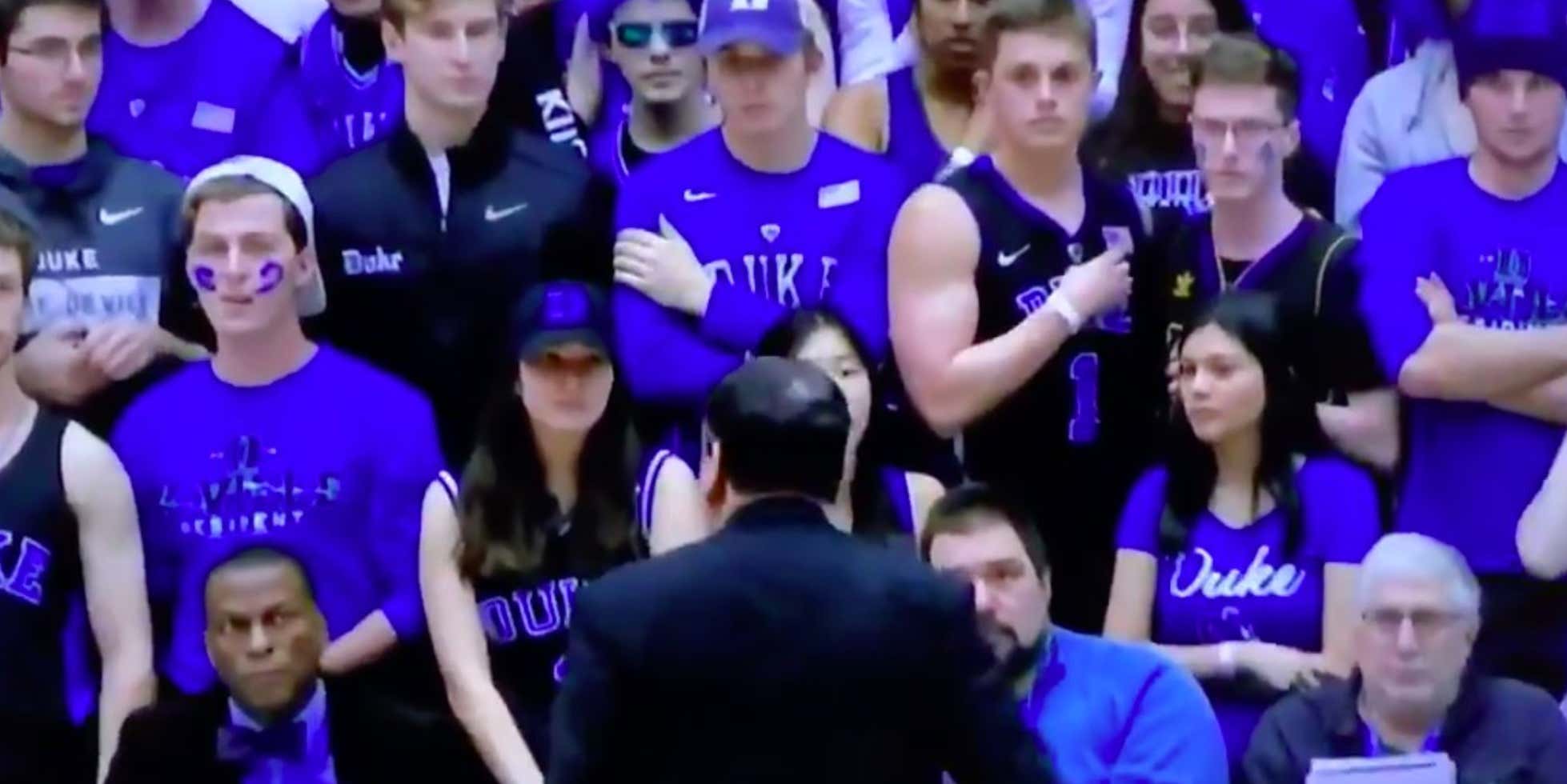 Coach K was rocking The Kobe Shirt at his press conference though:

Coach K on Kobe Bryant: We had special moments, public and private. He was amazing with my grandkids. pic.twitter.com/rnQcpH7eRR