A magazine called Life & Style which I am sure is run by some fine folks has put out in their latest edition that Tom Brady and Gisele could be headed towards a nasty $600 divorce. It was of course a huge story so it became their cover story. 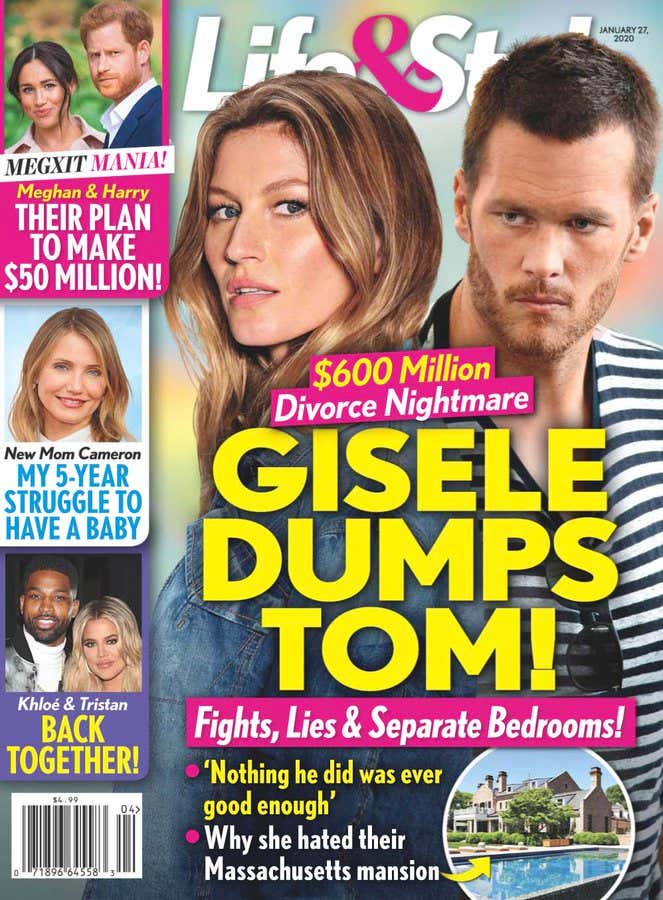 How do you get away from tabloid gossip? Of course by going to another tabloid site and finding them a source because you know, they are all trustworthy:

GossipCon Source – Tom Brady’s future in the NFL may be uncertain, but his marriage to Gisele Bündchen is not. A tabloid alleging they’re getting an $600 million divorce is false. Gossip Cop can debunk it.

In a phony cover story from Life & Style, the tabloid claims Bündchen is “begging Tom to retire.” The outlet quotes a supposed source as saying, “Gisele puts up with his training and game schedule, but she hates that he’s away from home so much.” It’s not like the Patriots quarterback is jet-setting around like some kind of playboy. He’s working and Bündchen certainly understands that, after almost 12 years of being married to a professional athlete.

Nevertheless, the dubious source alleges that Brady and Bündchen have been “having some nasty, blowout fights” over his refusal to retire. “One was after Gisele told Tom that a psychic told her to leave him,” adds the questionable insider. “Of course he told her that was ridiculous and laughed at her. They’ve said some really ugly things to each other – it’s gotten really bad. Some friends think there’s no going back.”

Bündchen directly contradicted this bogus narrative in a recent interview with the Observer. In it, the supermodel tells the publication, “I’ve been with my husband for more than 12 years now and, as you know, men are very… They want a lot of attention… So I think the important part is to have fully present moments with everybody. I think that leads to fulfillment.”  …

See much better! I trust Gossipcon a lot more anyways! And it seems like these type of stories have been floating around for a long time. Just searching on Twitter for Tom Brady divorce gives you these:

And the last time I checked in on Gisele, things seemed to be going great wih her and Tom. 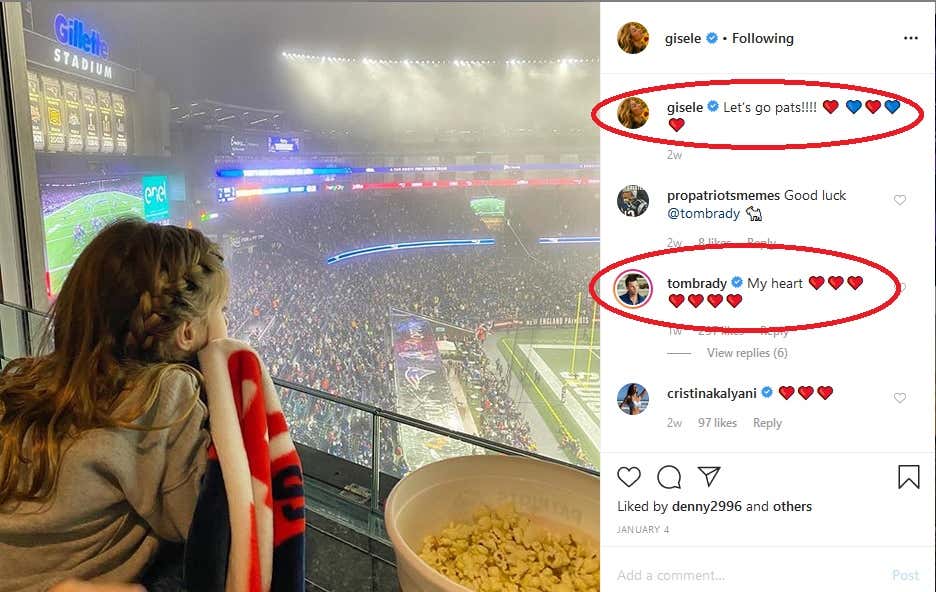 Now let’s just make sure Brady and The Patriots don’t get a divorce.