Amid Carlson Beltran parting ways with The Mets today before he managed one game. His niece decided to go on twitter and rip The Astros for more cheating. For what it is worth she is the same person who announced Beltron was going to be out before he was out. 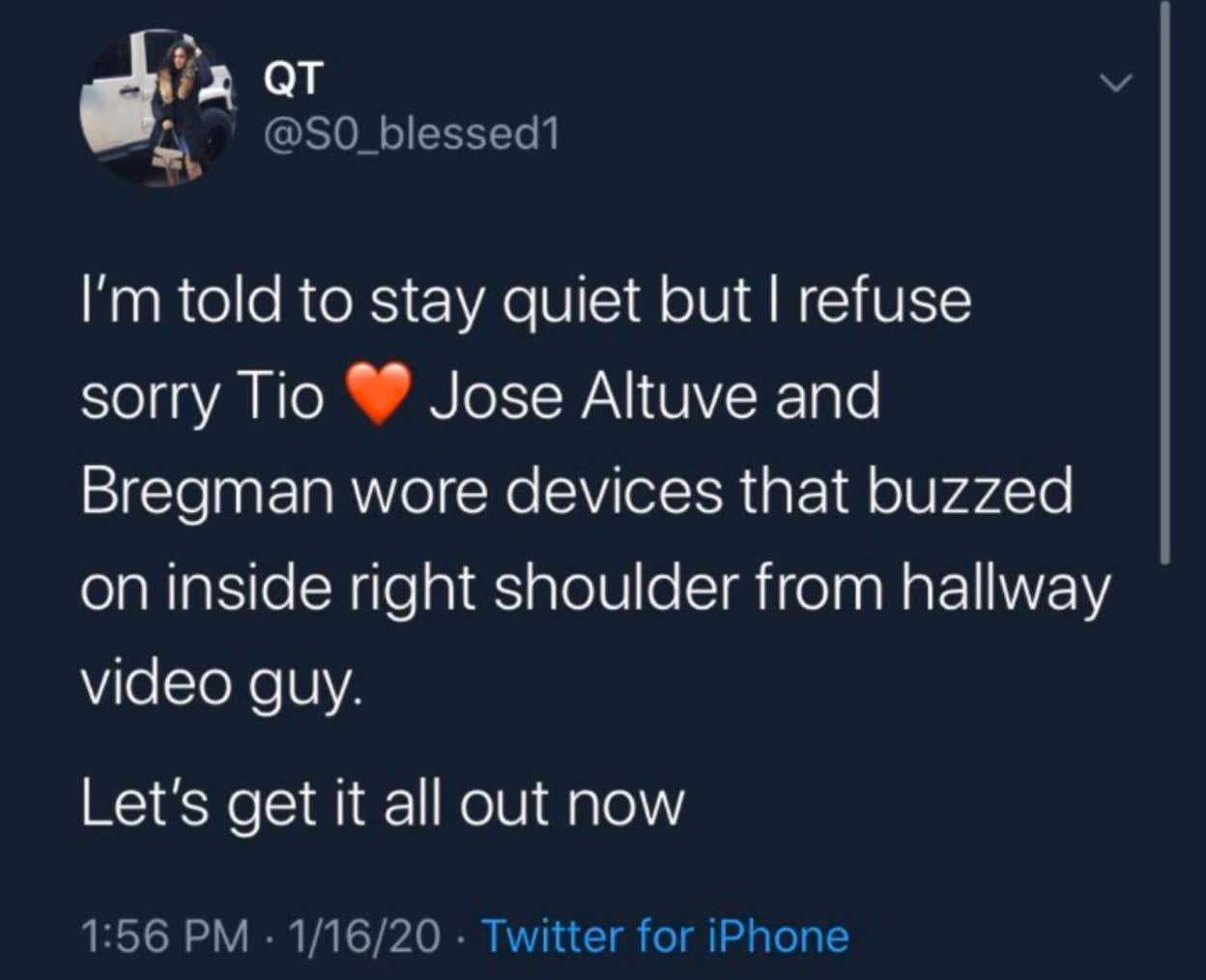 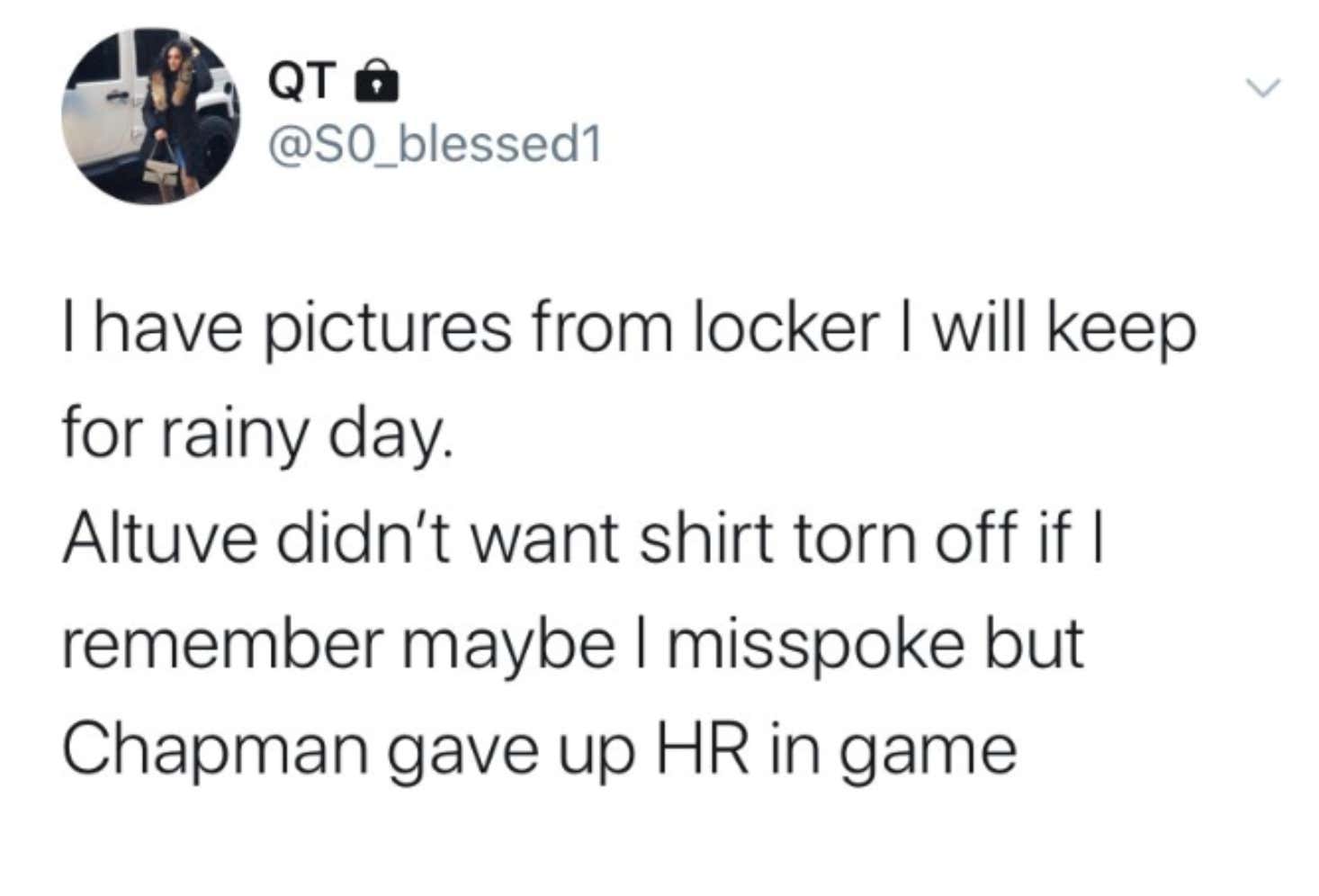 I’ve heard this from multiple parties too, for what it’s worth… https://t.co/zDlp0x4bKs

And we all knew about the cheating in 2017, but what about last year in the ALCS? Here’s Jose Altuve reacting to hitting a home run and telling his teammates not to rip off his jersey! Why? WEll maybe cause he was wired under his jersey? Yikes.

Remember when Altuve hit that walkoff against Chapman to send the Astros to the World Series? When he made sure that his teammates didn't rip off his jersey in the celebration? Yeah that fucker was hiding a buzzer. pic.twitter.com/gCnFQrPpQp

Here’s Altuve reaction to why he didn’t want his Astros cheating ass teammates to rip his jersey off. Maybe cause he had wires underneath?!!

Look, I’m not a lip reader but it does seem like he is saying “No, I got a piece on”. Maybe he’s talking about a big piece of jewelry.. or talking about WIRES!! This is absolute insanity. I’ve been saying all along that they need to suspend the team, take away their World Series and more. This should be the Black Sox all over again!