I don’t have an elaborate story today for Free Money Five’s. But, I do have an idea that frankly the NFL should adopt. In week 1 of every NFL season the NFL decides to treat the fans with two Monday Night Football games. Seriously. We have a wasted Thursday night game that sneaks up on us every week which frankly is usually a shit show that literally feels rushed and is bad for player’s safety. Why do we do this? Well money of course. But why not just have Monday Night Football have two games every week. One on West Coast and one on East Coast and on two different networks. Everybody wins.

On to the picks: 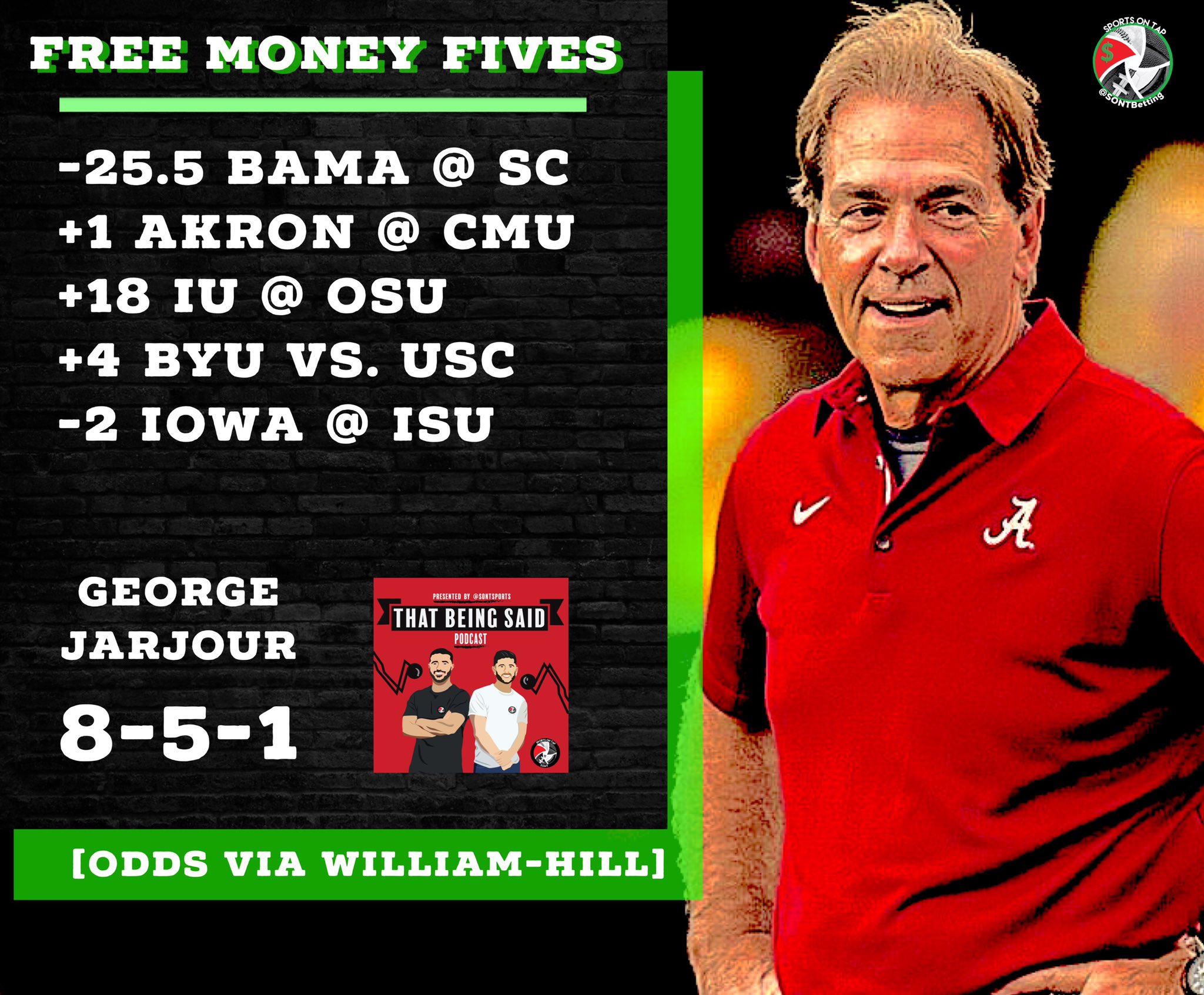 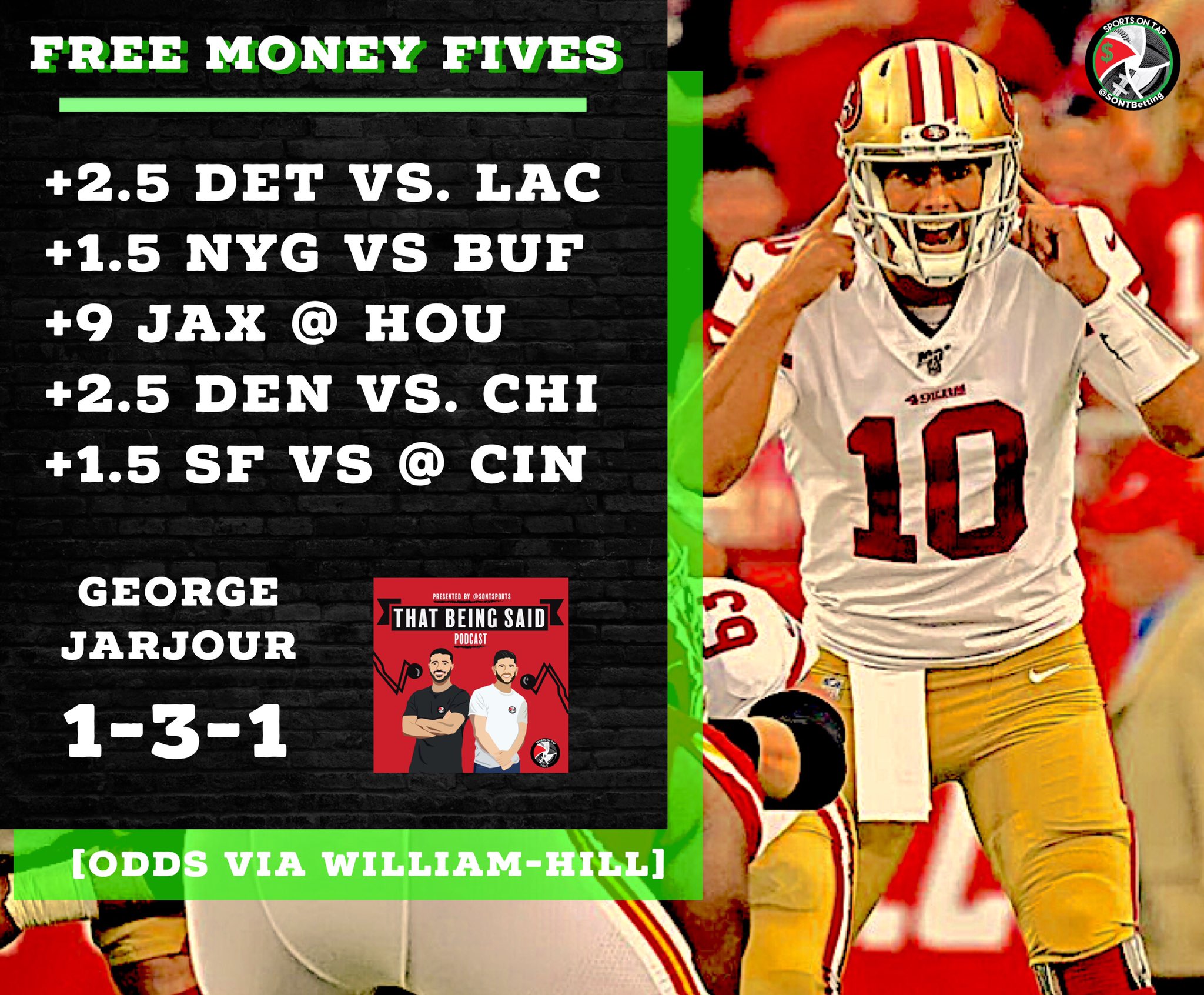