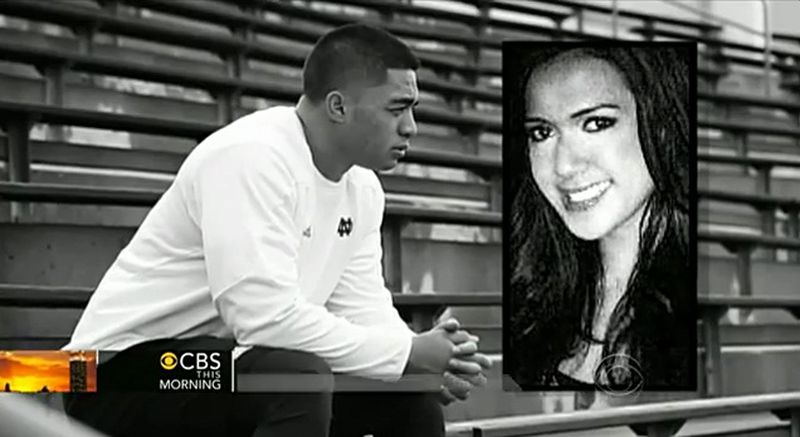 Manti Te’o was one of the best players in college football at the time. And Manti Te’o had one of the most famous “cat fish” incidents of all time.

Notre Dame athletic director Jack Swarbrick said in a news conference that coaches were informed by Te’o and his parents on Dec. 26 that Te’o had been the victim of what appeared to be a hoax

. Someone using a fictitious name “apparently ingratiated herself” with Te’o, the school said, then conspired with others to lead him to believe she had died of leukemia.

“There’s nothing I can say to explain it unless somebody’s been there before. Somebody told me once the hardest thing about goodbyes is when you wake up in the morning you have to say it again when you realize that they’re not there.”- Teo on the passing of his “girlfriend” before they found she wasn’t real