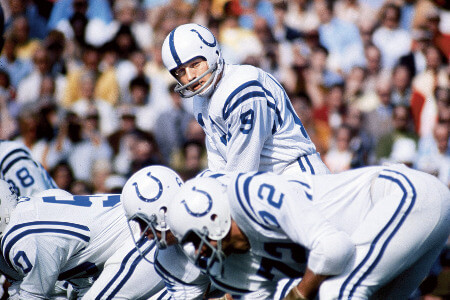 In the middle of the night in 1984, after years of battling to get a new stadium, the Baltimore Colts packed up and moved out.

More than a dozen trucks were hired to secretly shift the team to Indianapolis, where they were promised a brand new dome to play in.

This now sets up a rival between Baltimore and Indianapolis after Baltimore did end up doing the same type of heist to the city of Cleveland and stealing The Browns.

These aren’t the first teams to ever move but the Colts moving what particularly seemed over night and in secretiveness made this one of the weirder sports moves of all time.

Team’s moving are a commonplace in sports. But the way The Colts moved overnight is a slap in a face to the fans of the team and the whole city. This remains the most shocking team move ever.

“It still hurts to see that horseshoe on the side of the helmet and realize it’s not here. For those of us in that generation, we’re never going to forget.”