Earlier this morning Ezekiel Elliot met with the commissioner about his incident in Las Vegas where he pushed a security guard (barely). The push itself wasn’t really that bad and the security guard took a soccer-like dive. But, the video itself was weird because Ezekiel was walking around in what seemed like a drunk daze and was just weird. So after the meeting with the commissioner he put out this statement about the incident where he promised for the 100th time that this time things will be different: 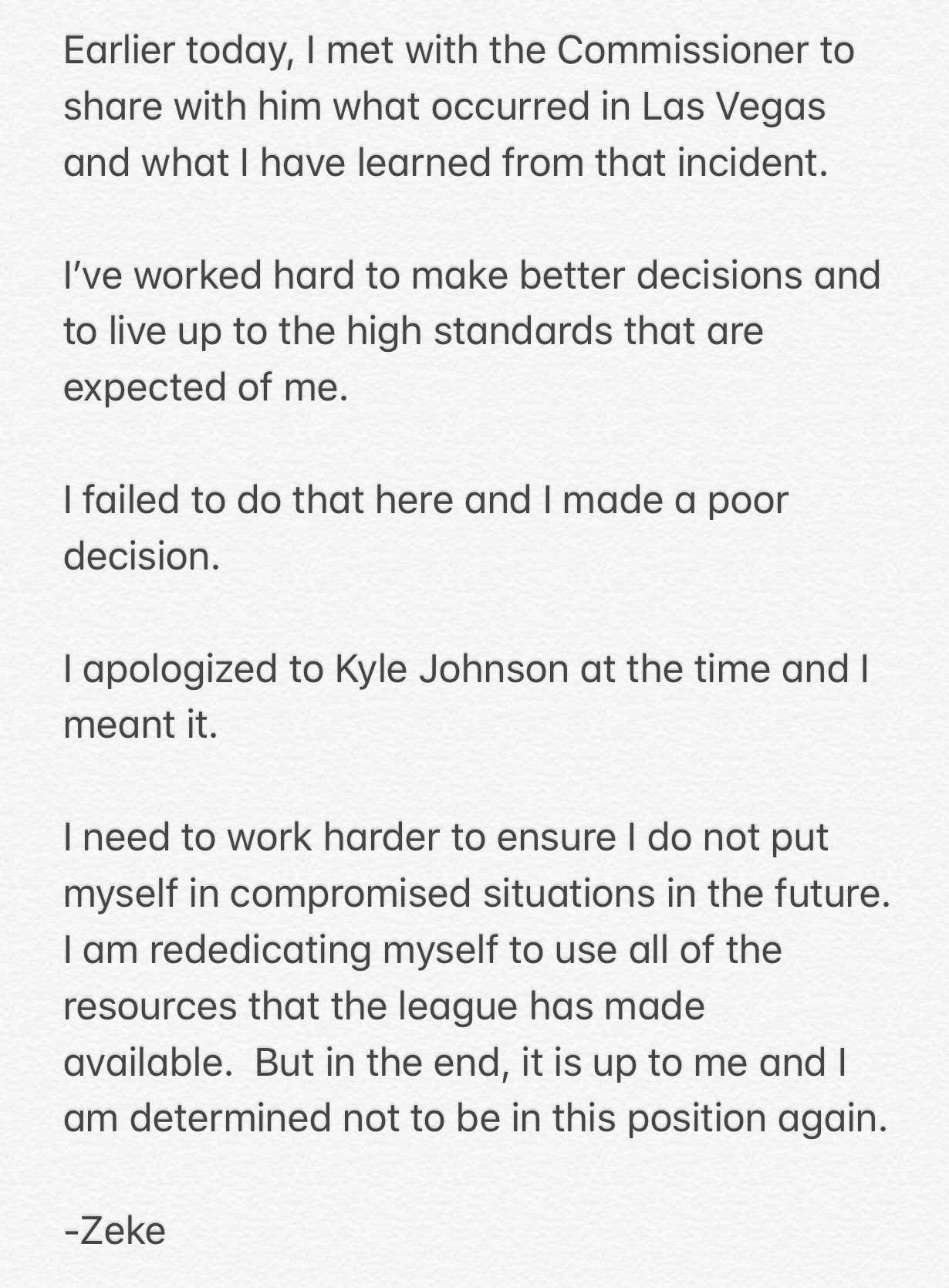 Does Zeke look like a guy we should trust not to make bad choices again?

I can’t trust the guy anymore. Never liked his decision making. But at the end of the day Elliot is one of the best running backs in all of football and his talent is out of this world. If he can just keep out of trouble he could be one of the best running backs in history of the game. But the big question is IF. Word is there won’t be any further punishment at this time. But man Zeke is on thin ice.