This is just too comical. Former child star Mason Reese and his self proclaimed ‘Sugar Baby’ Girlfriend Sarah Russi went on a show called ‘This Morning’ today and spoke about their odd relationship and their 28 year old age gap. Before the video here’s a picture of the couple. 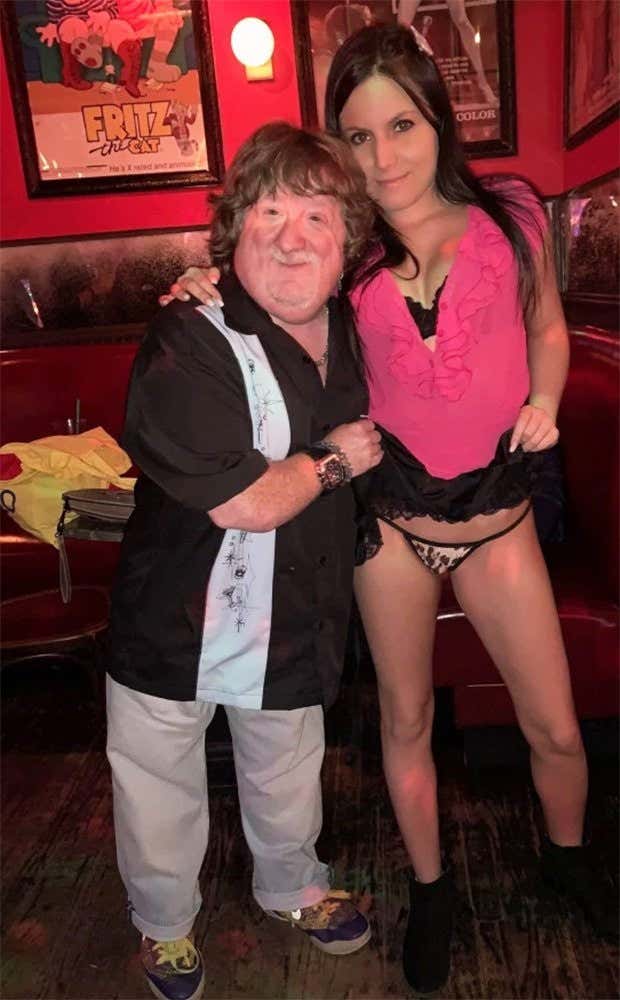 Yeah, something fishy going on here between these two:

‘Just because I was a Sugar Baby, doesn’t mean that I’m after his money’.

Than things got a bit weird when Mason decided to open up a bit about his high ‘sex drive’:

Source – “This Morning” viewers were left feeling a little queasy today after a couple with a 27-year age gap revealed some candid details about their sex life.

But things got a little weird when Mason began talking about his very “high sex drive”. …

“I’ve always been a highly sexually driven guy. I know I don’t look like it but I am.”

He then went on to explain that his webcam model girlfriend is sometimes too “tired” to get busy under the sheets due to her hectic work schedule.

The actor – who shot to fame after appearing in 70s American TV adverts such as Underwood Deviled Ham, Post Raisin Bran, and Dunkin’ Donuts – then revealed to the public the amount of times they couple have sex each week.

He said: “We have sex an average of twice a week.

“I might be happier with three [times a week].”

Anyways, I guess more important than his sex drive to me is who is Mason Reese, so we did some digging up on the World Wide Web (hard investigation) and than realized who he was when saw this video:

Anyways, good for Mason. Twice a week in his 50s? And he thought life peaked as a child star. Bravo Mason, Bravo. Anyways here’s some photos of his girlfriend:

The hottest ride in Manhattan. ?

Not a nerd, just a girl who found glasses. ?

Try something new every day. ??

I’m not going to go out and say she’s amazing, but for Mason Reese, the age difference, and the shape he’s in. Excellent job.