This story is a few days old already. But Bryce Harper has had a bit of a slow start in Philly after signing a massive contract. He’s had some boo birds, some tension with fans, etc. I guess if anyone deserves some stress relief it’s Bryce. Well, this young women on Instagram was ready to step up to the plate and give some stress relief to Bryce so she tried to slide into his DMs. But, opps! She swung and missed because she sent the message to Bryce’s wife instead. Rookie mistake (did you get enough baseball puns for now)?

she tried to slide into Bryce Harper’s DMs and but DM-ed his pregnant wife instead ? pic.twitter.com/5TP54BjrRa 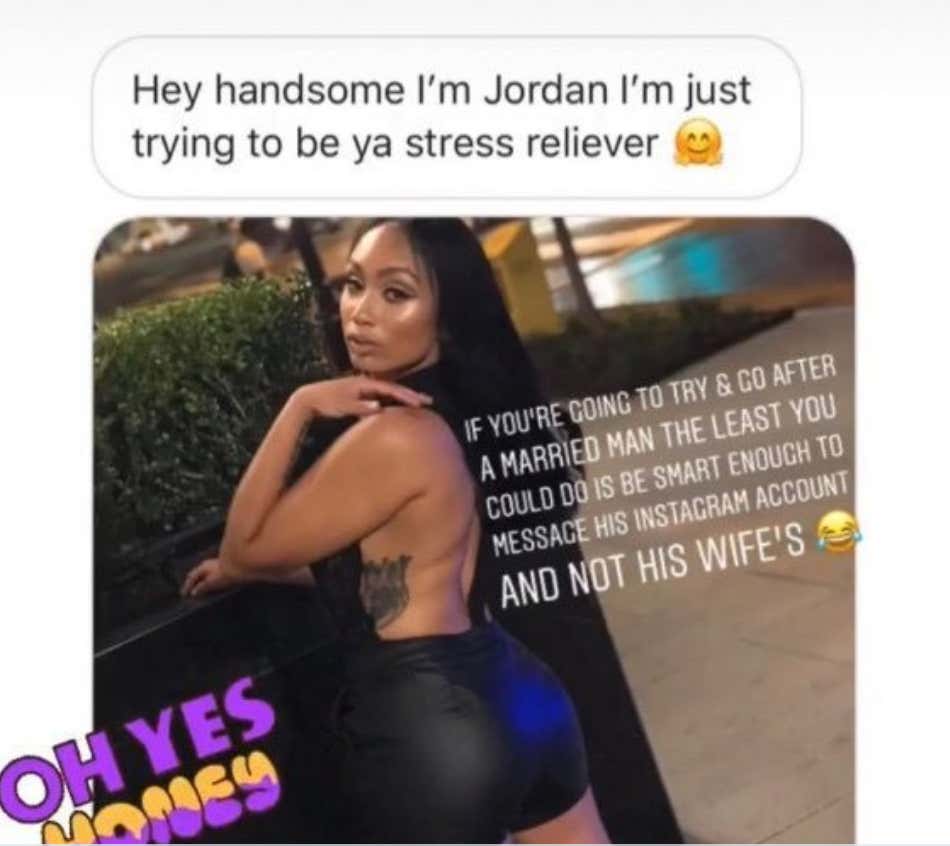 Ok well couple of theories here. First of all I thought it might be a genius move. Maybe she didn’t want to actually give stress relief to Bryce. Maybe she wanted more followers and knew this could go viral. But that theory was debunked because she has a private account. So yeah she’s just an idiot trying to give some stress relief with a guy with a pregnant wife. Since she’s private this is the only photo we have of her. But here’s some of Bryce and his wife. Who both look extremely happy together.

Diggin’ number THREE’s new look ?? Thank you to all @phillies staff & fans for such a warm welcome. We have been overwhelmed with all the love and support you guys have shown to us in such a short amount of time!??? #RingTheBell

H?LL?WEEN 2?18 —Had fun spending the day impersonating my in-laws. Didn’t have as much fun kissing my husband who looked JUST LIKE his dad ?

proud is an understatement ? I love you.