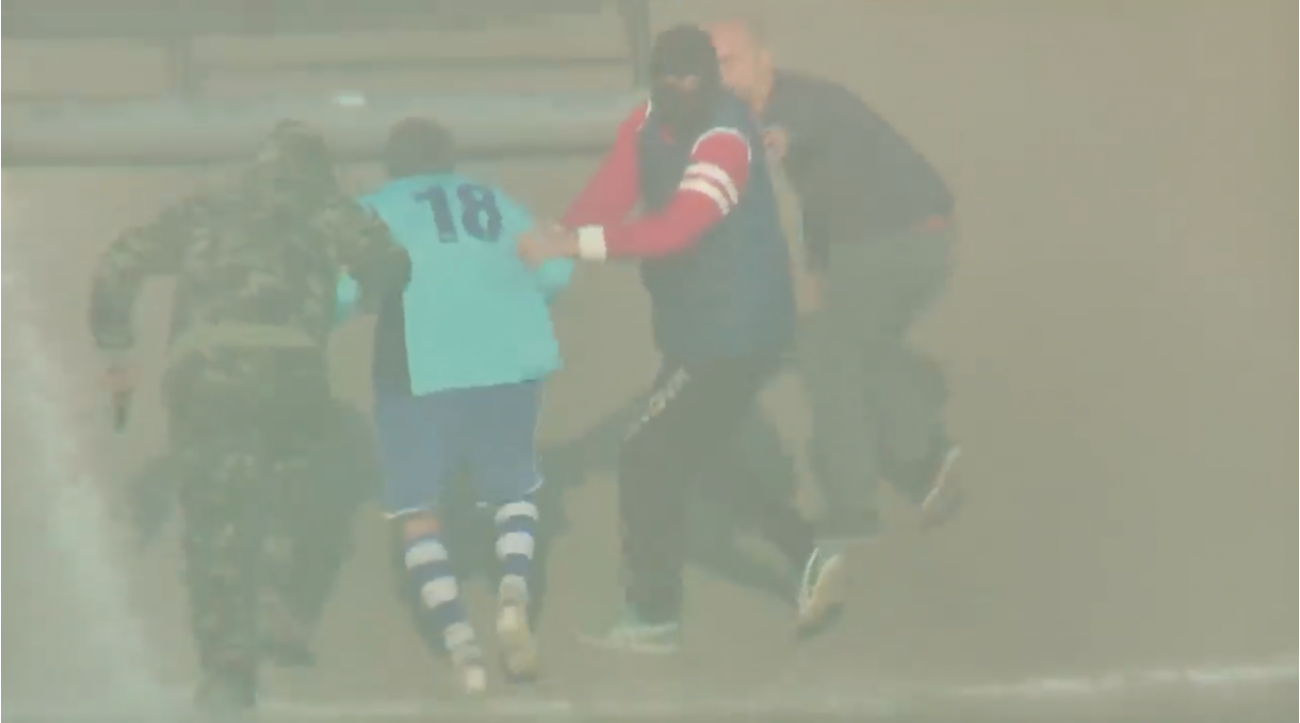 According to Sports Illustrated:

An amateur soccer player in Italy decided to go out in style the final game of his career by riding off into the sunset in a helicopter—with a twist. He was placed into the helicopter by masked men waving guns.

Ignazio Barbagallo called it quits with his team Citta Di Viagrande, a team in the third division of Sicily’s local league, last week and teamed up with a YouTuber to turn his retirement into a big spectacle. In the middle of the game, a helicopter landed on the field (causing a massive cloud of dust) and two guys rushed out to apprehend Barbagallo.

The stunt appeared to be a surprise to at least some of the other players, which is understandable since Sicily is the home of the Mafia. They realized what was up after reading the sign that one of the abductors had left on the field: “servizio eliminazione giocatori finiti,” which means “elimination service for finished players.”

Barbagallo is known locally as a prankster, according to Fox Sports Italia, but the league didn’t find it funny. The club was fined €200 and banned from playing until May 31.