For those who don’t know Mia Khalifa can be pretty brutal when athletes trying to hit her up on Instagram or Twitter through her DMs. She has roasted multiple athletes over the years here are some great examples compiled by Barstool Sports: 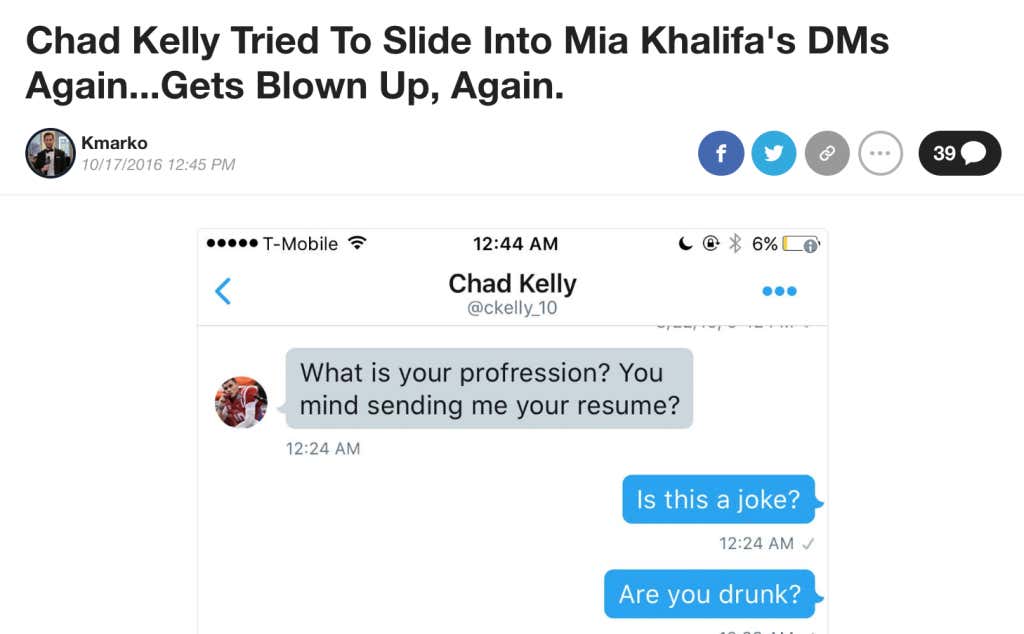 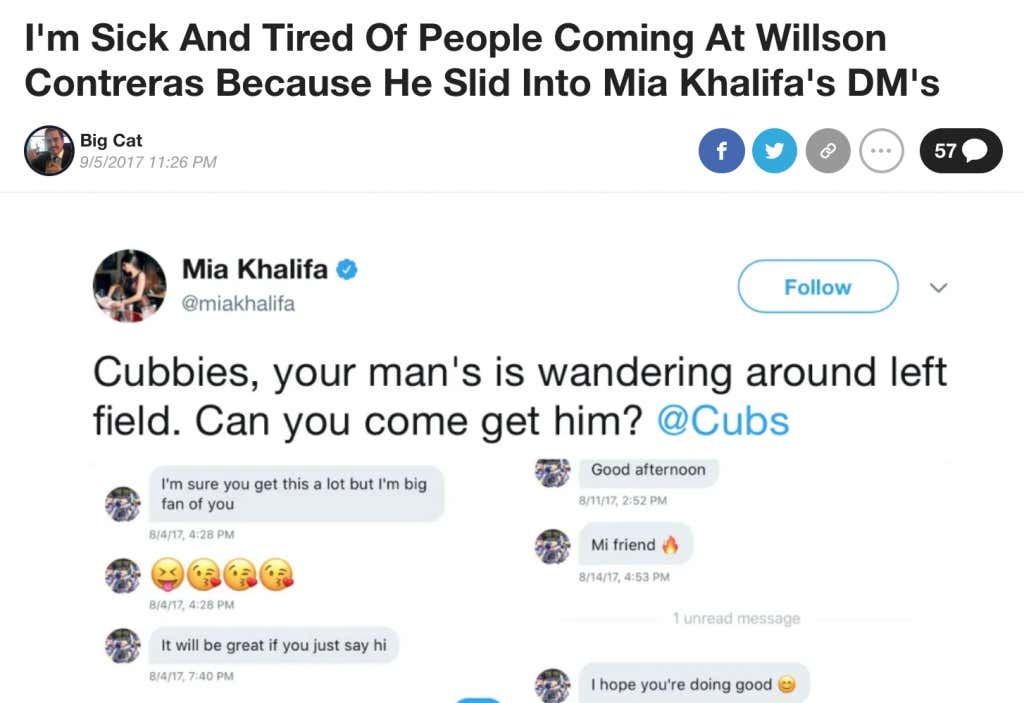 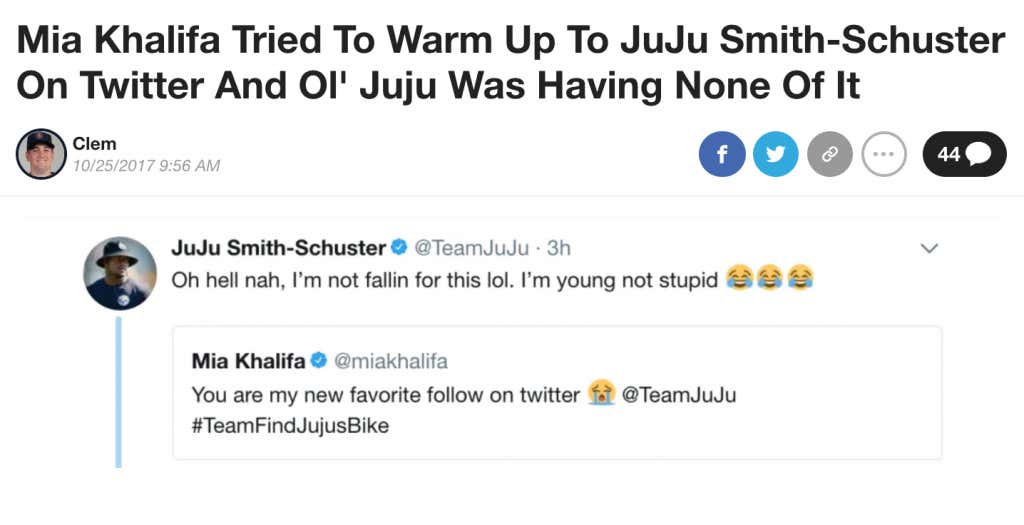 These are just a few examples of her calling people out. Now Myles Garrett isn’t letting any of his friends have this!

Washington’s Derrius Guice saw this great picture Mia posted and decided to try to shoot his shot, because you know, shooters shoot:

But Cleveland Browns DE Myles Garrett is here to the rescue:

It seems like The Browns for all their dysfunction are great at not falling for Mia Khalifa’s trap.

I promise I’ll be good to him. You up, @baker_mayfield6? https://t.co/4aXDgeQoOz

Then Baker had the move of the year:

Getting curved is a part of life #boomer pic.twitter.com/LJnAnqJyP9

Well done Baker, well done. We aren’t going to promote Mia’s other work, but here is some great pictures of her and shows how hard it would be to stay out of those DMs!

February’s poster!! Signing all of them today to ship out, if you want yours, click the link in my bio! (Shot by @thejennaleexx. Edit by @kvnchoy)

Moment of gratitude for everyone who has wished me a happy birthday today, and for every beautiful blessing that has come my way this year. Last year on my birthday I proclaimed “25 is the year of being fat and happy,” and I ate and laughed my way through every day of it with that in mind. 26 started off just the same, fat and happy with the most incredible meal in my hometown, and that alone meant the world to me. Just wish @robertsandberg could’ve been there ???? Thank you, @minibarbyjose and @barminibyjose for getting my “almost 30” years off to a great start ? and thank you especially to @jlfhernandez, @chefrubenmosquero, and the entire team at Minibar!!!

Constantly blown away by this magical place @emmerandrye ??

Degenerate gamblers, OUR DAYS HAVE ARRIVED!!!!! College football Saturday and NFL Sunday are ripe for the picking, and @betmybookie and I are offered you 100% BONUS ON YOUR DEPOSITS when you use code “MIA”. It’s not jus this weekends’ games you can bet on… head to the link in my bio to place future bets, Super Bowl bets, prop bets, even bets on how long Josh Gordon’s sobriety will last (I’m not joking, I forced them to make that an actual bet, go check it out ?)

Anyways, stay out of her DMs.