If you ever thought about who would win in a fight between Deontay Wilder and a giant tortilla mascot, you just got your one and only chance to find out.

The  boxer recently appeared on the ESPN show ‘Nacion’ to promote his upcoming fight against Tyson Fury, and art of his appearance included a scene with a giant mascot tortilla in a sombrero. 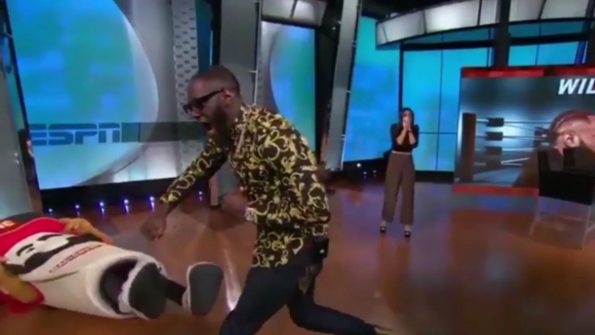 Wilder goes to show his punching power on the tortilla, but he had no clue that somebody was actually in there, and he decked the guy.