According to Shaun King , the Union County Sheriff’s Office has been having their inmates to put on Nike shirts in order take mug shots and it’s all in protest of the company’s deal with Colin Kaepernick.

On Wednesday, Shaun King posted an image with 12 inmates who were arrested wearing various Nike shirts. He captioned it, “putting Nike t-shirts on people they arrest and making them wear them during mugshots. Source says it is to mock Nike and Colin Kaepernick. Disgusting.”

Shortly after the accusation became public, the Union County Sheriff’s Office has removed inmate photos from its online jail roster, according to Fox 16.

The Sheriff in Union County, Arkansas is putting Nike t-shirts on people they arrest and making them wear them during mugshots.

Source says it is to mock Nike and Colin Kaepernick. Disgusting. pic.twitter.com/9z9Nw9hxuF

Colin Kaepernick became a a topic of discussion back in 2016 when he refused to stand and took a knee during the national anthem in an effort to protest police brutality. Last month, he reemerged as a spokesperson for Nike with the new slogan, “Believe in something. Even if it means sacrificing everything.” 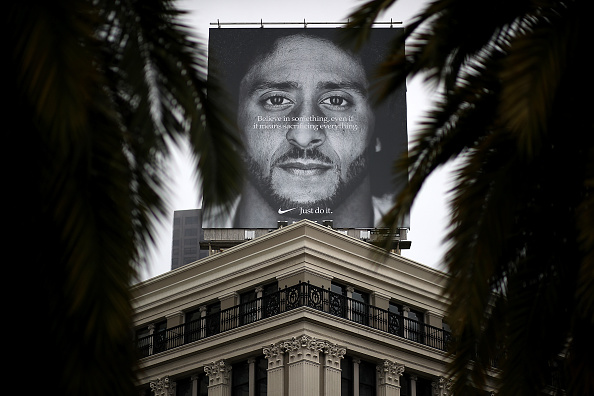 Now, this is horrible. However, Shaun King is trash. He’s race baiting always, and really is a just a terrible person at most times. I personally don’t like him. This act though, is blatantly wrong. I wonder how Shaun King is going to turn this into “racism” when 7 of the inmates were white. He’ll find a way.