The second round of the NHL playoffs are upon us and with so many storylines to follow, let me catch you up and give you an eye into the future! You have Sid vs Ovie pt. 4, the expansion team on a mission, and then the 1 &2, and 3 & 4 best teams in the NHL squaring off against each other oh my!

A lot of fans feel cheated that these two teams are already facing. Considered the cream of the crop in the Western Conference, Nashville and Winnipeg almost evenly split the regular season series and are probably looking to play seven games in their series.

Many fans outside of Colorado didn’t think the series was going to be as close as it was. Colorado’s tenacity and speed kept the Predators on their heels. The Predators displayed an ability to close out games against the young Avs. The Preds had a lot of penalties in the series but fortunately were one of the best teams in penalty kill. Ultimately Nashville played kinda sloppy, but their strategy and depth carries them over the hump. 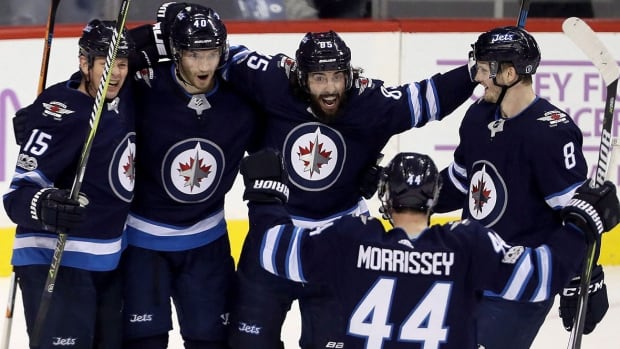 Connor Hellebuyck continued his tear through the NHL and into the playoffs and made quick work of an overwhelmed Minnesota team. The offense could not be stopped. Ultimately, the team that should have won was the one that advanced. There’s not a lot to digest as the Wild were outmatched in every category and the Jets will be looking forward to Nashville.

The Jets are wounded. With five players status as day-today, they will be a little shorthanded against a very deep Predators team. However, with Hellebuyck in the net, anything is possible for this electric Jets team. Enstrom might be ready for the start of the series and Winnipeg has something to prove. I think the Jets will have an edge against the reigning Western Conference Champion Predators due to pure diversity of talent on all sides of the puck.

These were the only two teams to sweep their opponents in the first round of the NHL playoffs. In different ways however as Vegas remained airtight on their defense not allowing any easy shots and keeping Fleury comfortable. On the other end, the Sharks lit up the Ducks scoring 16 goals in 4 games including 8 in game three. This should be an interesting matchup between two very different teams.

The Golden Knights continue to blow everyone away as one of (if not the most) successful expansion team of all time in any sport. They play stingy defense, and Fleury played out of his mind in the first round. The Golden Knights were also the best penalty-killing unit in the playoffs. They struggled on their own powerplay against a par Kings team and hopefully will address that weakness heading into the Sharks series.

The Sharks dominated the Ducks and even when the series looked like a close game, watching the games weren’t close. The Ducks were suffocated from the beginning and never caught their breath during the whole series. The Sharks showed their depth at center and are looking to having franchise favorite Joe Thornton back for this next series.

Both of these teams were so dominant in their series and appear to be evenly matched heading into the series. History says to choose against the Golden Knights but Fleury is in a groove that will outlast Martin Jones, and with an excitable crowd present for the first two games in Vegas, I don’t think the Sharks will be able to catch up. Vegas’ offense did take a nap but I think they’re ready to return and topple the Sharks. Joe Thornton or not.

Ovechkin vs. Crosby round four. That’s what all the headlines are going to say but there’s much more to this series than Sid the Kid and Alexander the Great.

The Caps took advantage of their playoff leading 27 power plays with an also playoff leading 9 power play goals, and 33.3% conversion rate. The Caps also shut down the Blue Jackets power play after the first game holding Columbus to 0-16 in the last four games. Part of that success came with Braden Holtby taking over for Grubauer at goalie. Ovie came in clutch becoming the 60th player to reach 50 career postseason goals. The Caps started slow, but caught fire quick.

Sid the Kid was dealing throughout the whole series en route to 6 goals. Matt Murray however, struggled against a stale Flyers team allowing 15 goals throughout the series. Fortunately, the Penguins scored 28 goals almost DOUBLING the Flyers’ output. Penguins will only improve.

At some point, Ovie has to beat Crosby, right? Supposedly. As for now the Caps want to capitalize on Murray’s downturn. Pittsburgh’s penalty kill is a lot stronger than the Blue Jackets possess, but the Caps are red hot on power play. However, history will repeat itself with the superior talent and depth, the Penguins will walk away and leave Alexander behind once again.

Tampa is excited to make Boston travel down the East coast more times than they have to. Boston’s offense/defense/special team balance is unlike many we’ve seen how they are top 6 in offence, and number one in defense and power number. Let’s take a look at the tale of the tape:

The Lightning dominated via offensive firepower as many expected they would. Crushing people with their top line and also finding success on their second line. The defense did leave a lot to be desired allowing 34.2 shots per game (worst amongst playoff teams) and were bailed out by Vezina Trophy finalist Vasilevskiy. The series did only last 5 games so it’d be concluded Tampa was firing on the same cylinders as they have been all year.

The first line could be reported for abuse after putting together 30 combined points against the Maple Leafs in seven games. The balance on both sides of the ice reflects everything this team did correctly during the regular system, and also brings into question what the heck happened in games 5 & 6.

These teams played each other in the back half of the season multiple times and the matchup leant towards Boston. I see this trend continuing because of Boston’s balance on both sides of the puck just seems to overwhelm the Lightning’s extra strong offense. Boston has a wonderful combination of vets and rookies contributing on every line.